Feel That Post-Recession Bounce? The Rich Feel It the Most

Eight years after the Great Recession officially ended, the fruits of economic growth are finally spreading to low-wage workers, racial and ethnic minorities and other groups that were largely left out of the early stages of the recovery.

But in a pattern that has become familiar in recent decades, the biggest gains continued to flow to the richest Americans.

The typical American family had a net worth of $97,300 in 2016, up 16 percent from 2013 after adjusting for inflation, according to data released by the Federal Reserve Board on Wednesday. The gains were broad-based, cutting across racial, educational and economic categories — a significant shift from the years immediately after the recession, when both income and wealth continued to decline for many families.

But despite the gains, wealth also become more concentrated:

• The bottom 90 percent of households controlled 22.8 percent of all wealth.

Inequality could grow even starker under the tax plan unveiled Wednesday by President Trump and congressional Republicans. That plan would sharply reduce taxes on corporations and certain forms of business income, as well as eliminate the estate tax, which falls on only the wealthiest households. Mr. Trump has said his plan would not reduce taxes on the rich over all, but most independent experts are skeptical of that claim.

Wednesday’s data, from the Federal Reserve’s triennial Survey of Consumer Finances, shows the strength of the economic rebound in recent years, but also just how large a hole the recession left in many households’ finances.

The survey is notable for providing information not just on Americans’ yearly income but also on their assets, debts and overall net worth — measures that are in many ways more important to families’ financial security. In terms of income, the typical American has made significant progress in recent years, with median household income nearly back to its prerecession peak.

The broader measures of household finances provided by the survey paint a less rosy picture. The recession sliced nearly 40 percent off the typical household’s net worth, and even after the recent rebound, median net worth remains more than 30 percent below its 2007 level.

For many groups, the recovery is even more incomplete.

Younger, less-educated and lower-income workers have experienced relatively strong income gains in recent years, but remain far short of their prerecession level in both income and wealth. Only for the richest 10 percent of Americans does net worth surpass the 2007 level.

Racial and ethnic minorities experienced the strongest gains in wealth in the 2016 survey, a stark reversal from three years earlier, when the survey showed minority families losing ground even as white families experienced modest gains.

Black families’ net worth rose 29 percent between 2013 and 2016, and Hispanic families had a 46 percent gain; white families saw a more modest 17 percent increase.

The racial wealth gap, however, remains large and continues to grow in absolute terms. The median white family had a net worth of $171,000 in 2016, nearly 10 times that of the median black family. 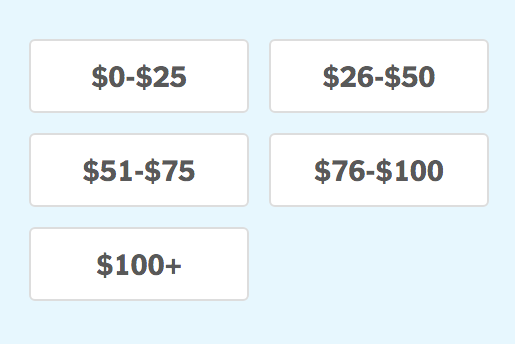 Americans, and higher-income whites in particular, vastly overestimate progress toward economic equality between blacks and whites.

A Boom, but for Whom?

In recent years there has been a striking disconnect between the confidence shown by investors — who have pushed the stock market to record after record — and the comparative pessimism displayed by many Americans. Wednesday’s data, however, makes clear that a small fraction of households enjoy an outsize share of the stock-market gains.

Just over half of American families — 52 percent — owned stock in 2016, the first time stockholders represented a majority of Americans since before the financial crisis. But only a relative handful of families own stock outside of retirement accounts, and even counting those accounts, their holdings are often small.

Back in the Black

Households have made significant progress in one area: debt.

Americans are significantly less indebted than before the recession and, significantly, they are better able to afford the debts they have. The median borrower had debts equal to 95.1 percent of income in 2016; the figure was 111.1 percent before the recession and rose to 118.8 percent in the immediate aftermath. Moreover, fewer Americans report being late on debt payments, filing for bankruptcy or taking out high-interest payday loans.

One type of debt is still rising, however: student loans. More than 22 percent of families reported having education debt in 2016, up from 15 percent before the recession. The median borrower owed $19,000.

The oldest Americans have seen a significant rebound in their wealth in recent years; the typical household headed by someone 75 or older is now worth modestly more than before the recession, after adjusting for inflation. But younger retirees and those on the verge of retirement haven’t come close to making up what they lost in the recession.

That’s not surprising: Older workers were especially exposed to the stock-market plunge and didn’t have much time to recover before retirement.

The median household headed by someone between the ages of 55 and 74 had less than $60,000 in financial assets in 2016, down from roughly $80,000 in 2007. Adding to the challenge, older Americans’ homes — the principal nonfinancial asset for many families — are still worth less than before the recession.

“This is not good news for retirement security,” said Monique Morrissey, an economist with the left-leaning Economic Policy Institute.